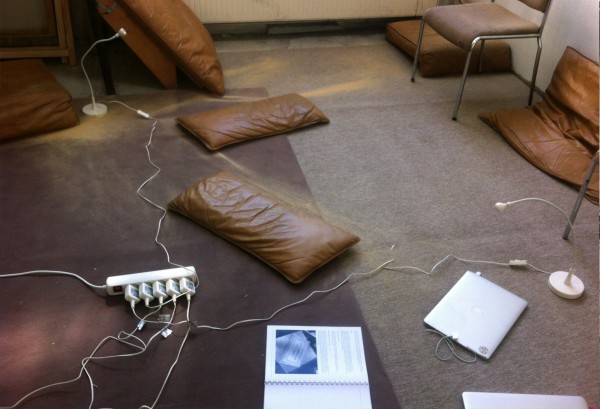 The Cheapest University is an experimental and free school: its shape and organization is carried out by artists. It was formed by elective affinities, around a spirit of enthusiasm and openness. As a contributory and artistic university, it is as committed as it is immediate: only dependent on the will of its members – all volunteers.  The proposals come from their practices, as an extension of their personal research or as a collective invention of situations tending towards the art piece. The Cheapest University strives to create collective working conditions that allow it to welcome new members, whatever the state of their practices.

In 2015, a research group was set up through monthly meetings, public conferences (Saisir l’école avant qu’elle ne s’évanouisse at Paris 8 University and the Cheap Talks at Villa Belleville), two preparatory workshops (Workshop-tranquille in Pornichet in Loire-Atlantique and L’école emportée in Treignac Projet in Corrèze) and the setting up of a participatory website.

The Cheapest University is continuing its research and developing educational programmes in various spaces (art institutions, radio stations, art schools, residencies, etc.). Its activities revolve around a series of experimental courses open to the public and to external contributions (How to Become a Lesbian, EAAPES, Silent Red Alert, Making Babies Butterflies, …). The Cheapest University also organises public meetings and discussions in the framework of experimental course programmes (Everybody Knows, What’s in my bag, Pleasure of Missing out – La sèche). In 2016, Donna Quixote Press is created, a publishing house which publishes translations and experimental prose, fiction and essays produced in our workshops.

The Cheapest University is a community of attention that encourages collective experimentation and emulation around work formats and presentations whose public character and formal nature are all variables adjusted to the necessity of the projects that are initiated there.